Home : CLA-Sponsored Talk: "When does reliance on a mistake matter? On constitutional precedent, abortion, same-sex intimacy, guns, and freedom of contract.”

CLA-Sponsored Talk: "When does reliance on a mistake matter? On constitutional precedent, abortion, same-sex intimacy, guns, and freedom of contract.” 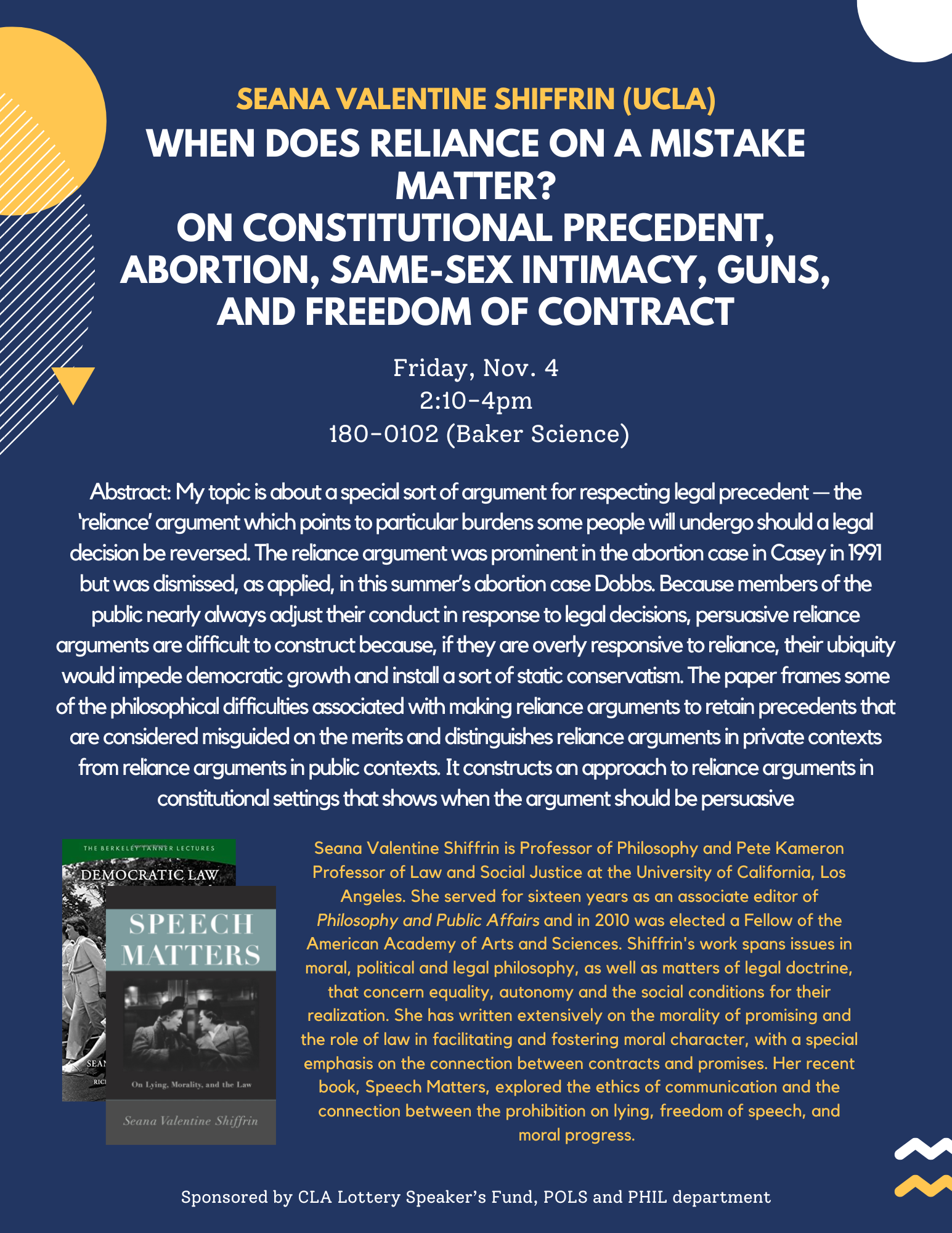 Seana Valentine Shiffrin is Professor of Philosophy and Pete Kameron Professor of Law and Social Justice at the University of California, Los Angeles. She served for sixteen years as an associate editor of Philosophy and Public Affairs and in 2010 was elected a Fellow of the American Academy of Arts and Sciences. Shiffrin's work spans issues in moral, political and legal philosophy, as well as matters of legal doctrine, that concern equality, autonomy and the social conditions for their realization. She has written extensively on the morality of promising and the role of law in facilitating and fostering moral character, with a special emphasis on the connection between contracts and promises. Her recent book, Speech Matters, explored the ethics of communication and the connection between the prohibition on lying, freedom of speech, and moral progress.

This talk was made possible by support from the CLA Lottery Speaker's Fund, POLS and PHIL Department. For more information, contact Dr. Ava Thomas Wright at avwright@calpoly.edu