Research Workshop: "The Rise of Online Unreasonableness: an Emotional Account" 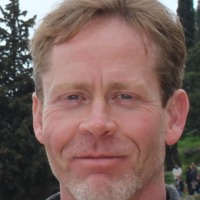 Most reasoning has moved from off- to on-line space. Mildly put: this migration has not been attended by an upsurge in reason-able-ness. But to complain is not to explain. So: granting this decline is not coincidental: what kind of causal mechanism might be at work? What structural features of ‘new’ online environments might not only permit but produce, as a (mal)adaptation to it, an increasing in-ability to reason?
Presently preventing good explanations of how online interaction increases unreasonableness is the prevalence of bad accounts of our reasoning ability—specifically, bad accounts of what activates and enables it. Standard accounts of rational competence, I'll argue, are excessively individualist; they fail to properly connect our responsiveness to reasons and our responsiveness to persons. This mis-description of reasonableness prevents us from seeing how a negative environmental impact on interpersonal responsibility might manifest as atrophied reasoning ability.
I’ll sketch a positive alternative to such accounts: a ‘Strawsonian’ picture of the ‘space’ in which we reason. This space is comprised not of disinterested objectivity but ‘reactivity’—i.e. ongoing interpersonal accountability, emotionally expressed. The activity of justifying our acts and attitudes to one another—and so our competence at doing it—is indigenous to this affect-laden and ‘apologetic’ space.
Having described this space I then show the way online interaction profoundly distorts or distends it. Online interaction entails a loss of Strawsonian ‘social gravity’ which binds people together in reason-giving communities; it introduces wild distortions in ‘vectors’ of accountability. We should thus expect that a tech-driven drop in relational account-ability will produce an adaptation to it: a widespread decrease in the ability to justify or ‘give an account’.
I conclude with a quasi-metaphysical thesis: If we accept the Strawsonian link between reasonableness and accountability; and also grant a Kantian link between reasonableness and freedom, it follows that one way to talk about this diminishing deliberative ability is in terms of lost freedom. If online-adapted reason-giving habits render us increasingly less adept at ‘stepping back’ and distancing ourselves from personal and/or provincial ideas and inclinations, it is fair to say that reasoning online can diminish free will.

Kevin Houser is a full-time lecturer in philosophy at Cal Poly, San Luis Obispo. He received his Ph.D. from Indiana University, Bloomington. Research areas/interests include ethics, epistemology, political philosophy, existentialism, and phenomenology. Presently published work applies the ideas of Continental thinker Emmanuel Levinas to long-standing problems in analytic ethics and epistemology.  More recently, Kevin thinks (wincingly) about the ongoing impact of social media on moral psychology, and seeks to apply to that discouraging literature the (correct!) claim, made by Levinas and Cavell, that there are ethical conditions for rational thought.