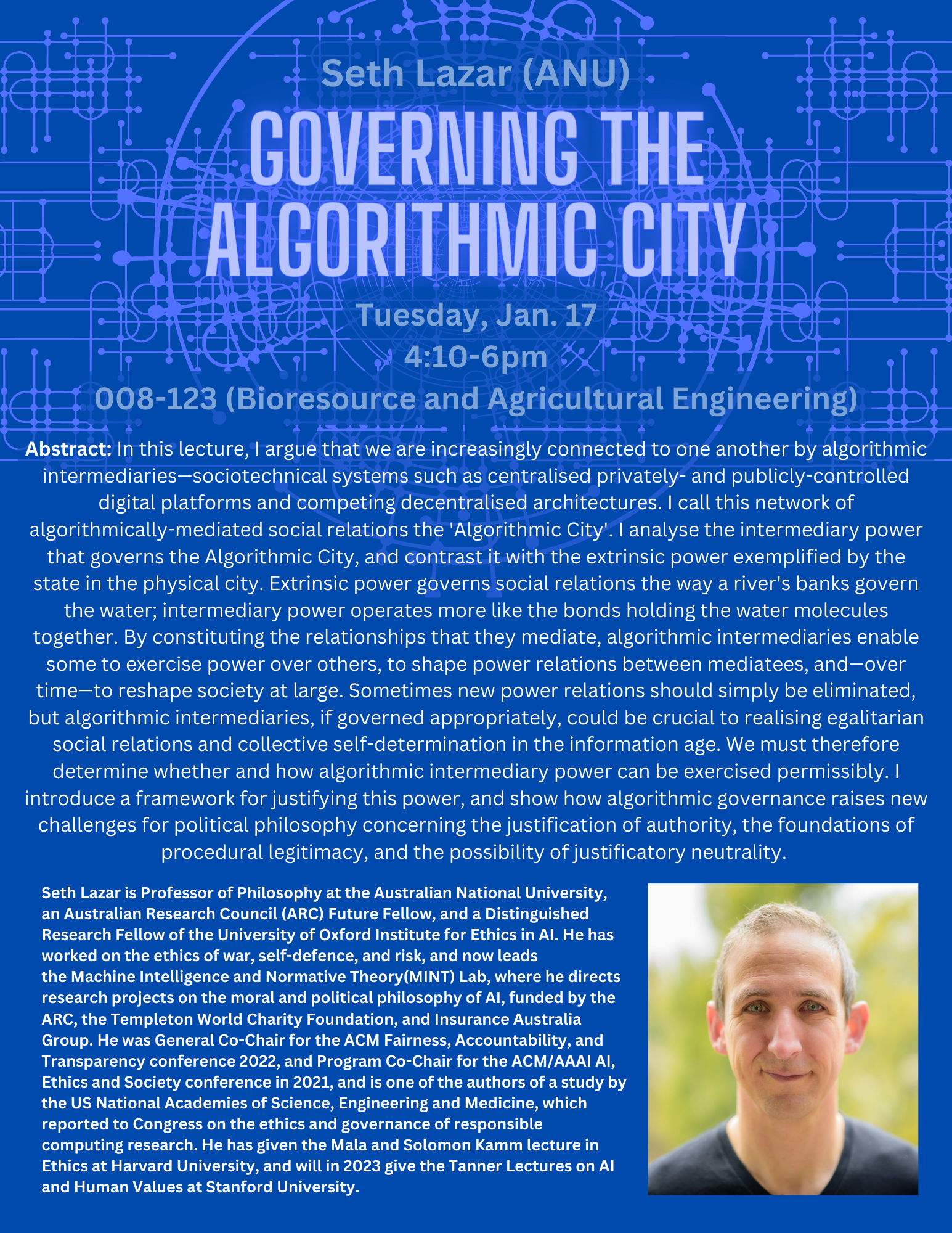 In this lecture, I argue that we are increasingly connected to one another by algorithmic intermediaries—sociotechnical systems such as centralised privately- and publicly-controlled digital platforms and competing decentralised architectures. I call this network of algorithmically-mediated social relations the 'Algorithmic City'. I analyse the intermediary power that governs the Algorithmic City, and contrast it with the extrinsic power exemplified by the state in the physical city. Extrinsic power governs social relations the way a river's banks govern the water; intermediary power operates more like the bonds holding the water molecules together. By constituting the relationships that they mediate, algorithmic intermediaries enable some to exercise power over others, to shape power relations between mediatees, and—over time—to reshape society at large. Sometimes new power relations should simply be eliminated, but algorithmic intermediaries, if governed appropriately, could be crucial to realising egalitarian social relations and collective self-determination in the information age. We must therefore determine whether and how algorithmic intermediary power can be exercised permissibly. I introduce a framework for justifying this power, and show how algorithmic governance raises new challenges for political philosophy concerning the justification of authority, the foundations of procedural legitimacy, and the possibility of justificatory neutrality.

Seth Lazar is Professor of Philosophy at the Australian National University, an Australian Research Council (ARC) Future Fellow, and a Distinguished Research Fellow of the University of Oxford Institute for Ethics in AI. He has worked on the ethics of war, self-defence, and risk, and now leads the Machine Intelligence and Normative Theory(MINT) Lab, where he directs research projects on the moral and political philosophy of AI, funded by the ARC, the Templeton World Charity Foundation, and Insurance Australia Group. He was General Co-Chair for the ACM Fairness, Accountability, and Transparency conference 2022, and Program Co-Chair for the ACM/AAAI AI, Ethics and Society conference in 2021, and is one of the authors of a study by the US National Academies of Science, Engineering and Medicine, which reported to Congress on the ethics and governance of responsible computing research. He has given the Mala and Solomon Kamm lecture in Ethics at Harvard University, and will in 2023 give the Tanner Lectures on AI and Human Values at Stanford University.