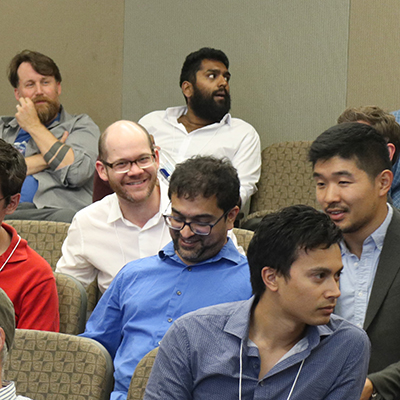 At Rocky Mountain Ethics Congress (RoME), philosophy major Jacob Watson and Professor Ryan Jenkins presented their co-authored paper, “The Three Faces of Technological Oppression,” which examines the restricting characteristics of technology through the lens of oppression, a powerful framework in political thought and more. Watson and Jenkins presented this paper Aug. 8. Jenkins and Watson are in the process of having their paper published in a professional philosophy journal.

Philosophy major Dean Boswell and research partner, Hannah Davis, attended the 2018 National Association of Advisors for the Health Professions (NAAHP) in Washington D.C. at the Hilton Resort in late June 2018. Boswell and Davis presented the hypothesis that undergraduate Pre-Medical students are at higher risk of depressive disorders.

Professor Eleanor Helms presented a paper titled “Real Knowledge from Made-up Things: Kierkegaard on Thought Experiments” at a meeting of the Fordham Philosophical Society, held at the annual meeting of the American Catholic Philosophical Association in San Diego on Nov. 11.