The Philosophy Department’s Spring Student Symposium will take place on Friday, May 18th. 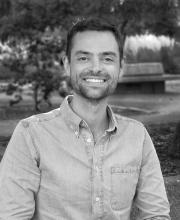 "Predictive Policing and the Demands of Justice"

Predictive algorithms are increasingly used by police departments in the United States to anticipate and deter criminal activity by identifying geographic regions that are at high risk for crime. The use of so-called place-based predictive algorithms in policing has faced negative public attention but very little academic scrutiny.

Lecture on Ethics of Internet of Things

Irina Raicu presents "Barbies, Pacemakers, and Everything In Between: Building a More Ethical Internet of Things" which is a lecture on how connecting things to the internet may have some ethical questions.

Continue reading Lecture on Ethics of Internet of Things...

U. of Colorado Boulder

"The Lingering Value of Technological Artifacts"

Electronic waste is the fastest growing form of waste worldwide. Unfortunately, disposal is not straightforward and recycling is hindered by a tendency of consumers to resist recycling their e-waste.

This Thursday from 11 AM-Noon in 52-E27, the Religious Studies program is hosting a talk titled "Transcendental Meditation Today."

The United States government has created an unprecedented intelligence-gathering apparatus, allegedly capable of storing a hundred years' worth of the world's communications. What, if anything, is wrong with this staggering data collection andstorage? Is intelligence gathering necessary for safeguarding Americans? Or does it constitute an unjustified violation of privacy? Join Dr. Ryan Jenkins of Cal Poly's philosophy department for a presentation and discussion on the ethics of ubiquitous surveillance.

Virginia Tech philosophy Professor Ashley Shew will present “We Can Rebuild You: Disabled Bodies and Technological Imagination” at 11 a.m. Friday, Jan. 22, in Philips Hall in the Performing Arts Center at Cal Poly.

Shew’s talk is titled “We Can Rebuild You: Disabled Bodies and Technological Imagination.”

Cal Poly to Host ‘Yoga in America’ May Lecture Series

The Cal Poly Religious Studies Program will host two events exploring the history and challenges of yoga in America on Tuesday, May 19, and May 26 on campus.

Cal Poly will host three events exploring “Perspectives on Religion and Society” from 11 a.m. to noon Tuesday, Feb. 10 and 17, and Thursday, March 5, on campus.

Continue reading ‘Perspectives on Religion and Society’ Series Set for February and March at Cal Poly...